14 year old Bo explains why she is spending increasing amount of time out of the house.png 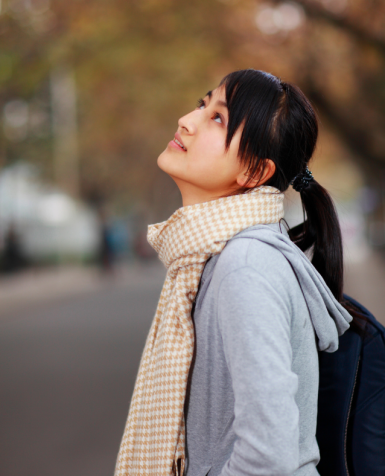 In our work with particularly vulnerable youth, children as young as 12 have been victims of child sexual exploitation. Often this is linked to online grooming and gang activity – which have tragically soared during the pandemic.

The Girls’ Project was created as part of the Esteem programme to help small groups of girls reach their full potential and flourish into the young women they desire to be. Looking to help girls realize their self-worth and establish healthy boundaries, the course focuses on raising girls’ awareness of sexual grooming and exploitation.

"I love school! I’ve got lots of friends there and the teachers are really nice. Some of my friends thought it was cool to be off school in the lockdowns, but I hated it. My parents are always arguing and in the lockdowns, I couldn’t get away from it. They both had to stay at home as their workplaces put them on furlough.

Sometimes I got scared that they might hurt each other. It felt like at any moment it could all kick-off. It was like living in a house of dynamite when you never knew what spark might set off a chain reaction of explosive arguments.

I tried to work hard, but our internet at home is so slow. My brothers and sister were all using it at the same time which made it worse. We’ve got a family laptop, but there were so many arguments about who was going to use it that I did everything on my phone. At the end of the day, my eyes felt so fuzzy and I kept getting headaches.

Summer was great as I could go outside and hang out with all my friends again. I didn’t really want to go home so I would stay out a bit later with some of the older kids in the park. They all agreed that my parents sound like real stress heads.

A couple of the older boys were really nice and kind to me. Being in touch with them made the second lockdown much easier. I could spend time with them online and pretend I was in a different situation. One of them even said he’d sort a laptop for me to make it easier for me to study. I think he might like me!

They said that in the summer holidays I might be able to earn some money with someone they know which could be good. I want to start saving up so I can leave home as soon as I’m 18. And getting out of the house in summer would be great."

"I learned that rape isn’t the victim's fault, abuse doesn’t have to be physical, children can often abuse others, and that it’s not only girls that get abused and offenders can also be women. Listening to people’s stories of being groomed opened my eyes to what CSE [Child Sexual Exploitation] really is and how easy it is to be involved in CSE. I learned not to tell everyone your personal information and that we shouldn’t trust people too soon, without knowing them."     Feedback from students after a Girls' Project 'Safe and Sound' lesson.

Help us support more young people like Bo. Give in the Champions for Children appeal between midday on June 8th and midday on June 15th - and your donation will be doubled! Click the button below to donate.

donate in the champions for children appeal