Making a difference in a challenging year

We are delighted to share that, despite the challenges of Covid-19, we reached 2,248 students in Southwark between January and December 2021. We significantly exceeded our target of 1,500 as we were able to continue delivering our sessions online via live video link during the school lockdown in the Spring term.

We have been very encouraged by the young people’s engagement in the sessions, even though we couldn’t be with them physically for most of the year. It was wonderful to be back delivering sessions in person in the autumn term. For us, nothing beats being able to interact with young people directly!

“It was interactive and taught us vital things to keep us safe in a relationship.”

“I learnt not to send nudes to anyone because it could be leaked.”

“I found it useful as I learnt that a lot of things I thought were ok, are not ok.”

Rachel & Paul ready to deliver a session on self esteem.jpg 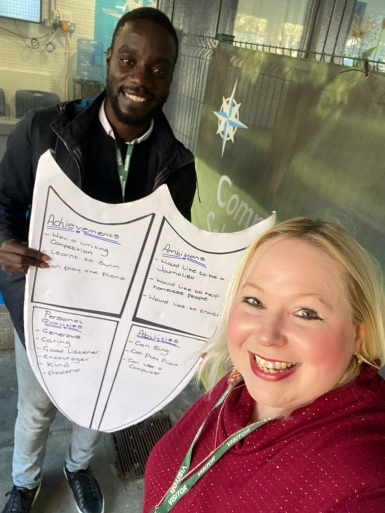 g young people to value themselves

In November, we delivered a self-esteem lesson to a group of girls at Compass School, Bermondsey. During the lesson, one girl said that two days before, another girl said she was ugly and she couldn’t get it out of her mind.

Our Schools Worker, Rachel, explained that sometimes people who are hurt, hurt other people. She encouraged her to build herself up and focus on what is good and true about herself.

On the feedback form, at the end of the lesson, the girl wrote that she learnt that she shouldn’t listen to the ‘haters’, and she gave the lesson 10/10.

We always aim to increase young people’s knowledge, skills and confidence in wise and healthy decision-making. We also aim to change any negative or harmful attitudes. We are so pleased that we have had a demonstrable impact on both an individual and collective level.

Teachers too have been very grateful for our work, especially during a year in which they have been under intense pressure. The Head of Inclusion at one school said: “I particularly liked the interaction with the students and the participation of the students. It was active and engaging. The students have benefitted from the sessions a great deal and other schools would benefit too. Amazing work from Esteem.”

After successfully working with a male student on an individual basis following a request from one of our partner schools, the school asked us to carry out a one-to-one intervention with another boy. He had been involved in sending sexually aggressive messages to a girl in his class. The messages were so serious that the police had to be involved and another boy was excluded and moved to a different school. Our male Schools Worker, Paul, worked with the student, delivering our Boys’ Project.

Michelle delivering a session on STIs!.jpg 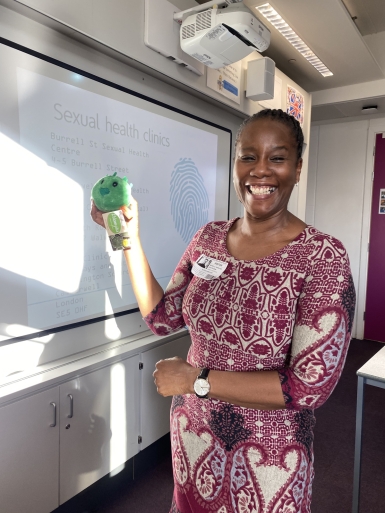 The boy gave sensible answers when they had discussions, but Paul was then able to challenge him on why his online actions were not in line with what he was saying his values were. Through the discussion, the boy realised that his online actions are as significant as his in-person actions and that his behaviour needs to correspond with what he wants his values to be. Our schools' worker, Rachel, was also able to have a one-to-one session with the girl who reported him, to support her and explore what her needs were as a result of the incident.