The Nehemiah Project promotes positive parenting amongst its peer educators, through home visits and emotional support. Last year, the project also organised a one-day workshop for 40 girls and women engaged in sex work. However, news got around, and 60 parents showed up on the day, meaning 100 children benefited!

The workshop included sessions on communication and conflict resolution: in one session, a dialogue was conducted between parents and their children. Parents were concerned that their teenage children did not respect them: the teens responded by saying, “How can we respect you when you bring different men home?”

The ladies then resolved to stop doing this.

At the beginning of the workshop, parents were asked to identify the most important things for their child: 76% said food and shelter. When asked the same question after the workshop, parents had changed their perspective and also considered the psycho social well-being of their children. 90% named things such as love, safety, family time, being listened to, and being protected from abuse. 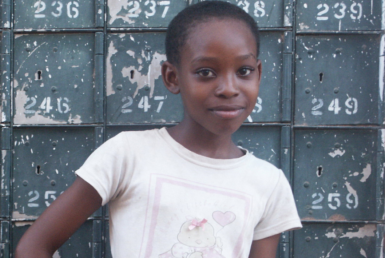 After the training, 20 children, with particularly difficult relationships with their parents, received counselling from one of the Nehemiah Project’s Orphans and Vulnerable Children (OVC) officers.

Later in the year, 60% of their parents reported a positive change in family relationships.

“This is the first year my mother has remembered my birthday and even did a celebration. It made me feel so loved and so happy.”